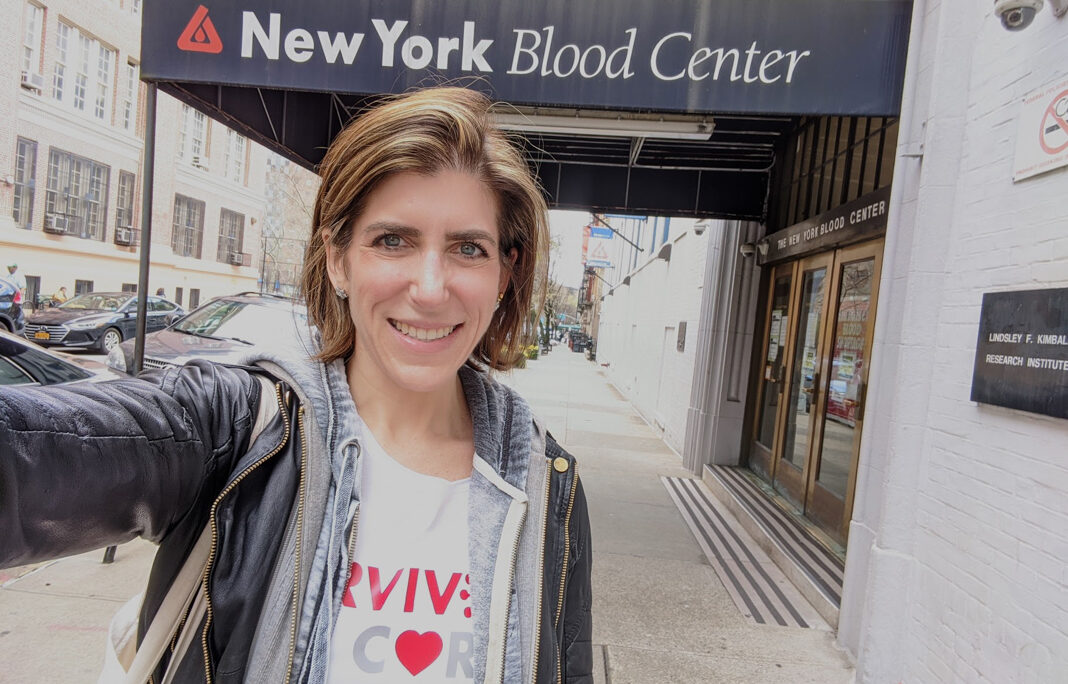 The hope that she would make it and that her antibodies could potentially save others inspired the photographer to start Survivor Corps, which has its own Facebook group, to urge COVID-19 survivors to donate blood and plasma. Their donations help medical researchers better understand the disease and may ultimately help patients get more effective treatments. (Antibodies are the proteins white blood cells produce to fight infections.)

The network recently topped 40,000 members and gained the support of the National Basketball Association, which will advertise the blood-donation campaign on its social media pages.

“What we are doing is really putting out a call to action to all Americans who have been affected by COVID to be part of the solution and support the scientific community in every way that we can,” Berrent says. “I am happy to say that we have been flooding [scientific] studies with volunteers so that each hospital doesn’t have to do its own outreach.”

After doctors determined she was virus-free and possessing a high level of antibodies, Berrent was able to donate plasma at the New York Blood Center for a study by Columbia University’s Irving Medical Center.

Dr. Eldad Hod, the study’s lead investigator, calls it an opportunity for survivors to “step up and do something that could potentially help this situation throughout our country and throughout the world.”

The hope is that convalescent plasma from people who have already cleared the virus produces lifesaving antibodies that can be used to help others, Hod says.

Last month, the Food and Drug Administration approved the United States’ first coronavirus-antibody test, which is made by Cellex, an American biotech company. The test gives results in 15–20 minutes.

President Trump calls the Cellex test “a key step that will identify people who have recovered and [help the medical community] to understand their immune response and immune system.”

U.S. volunteerism in times of hardship is not new. As early as the 19th century, French political scientist and historian Alexis de Tocqueville wrote in Democracy in America, “If an accident happens on the highway, everybody hastens to help the sufferer; if some great and sudden calamity befalls a family, the purses of a thousand strangers are at once willingly opened, and small but numerous donations pour in to relieve their distress.”

Berrent, who says she had a mild case of COVID-19, will donate plasma every seven days. She expects her movement to continue to grow. “We need to come together as a global community to fight this together,” she says.