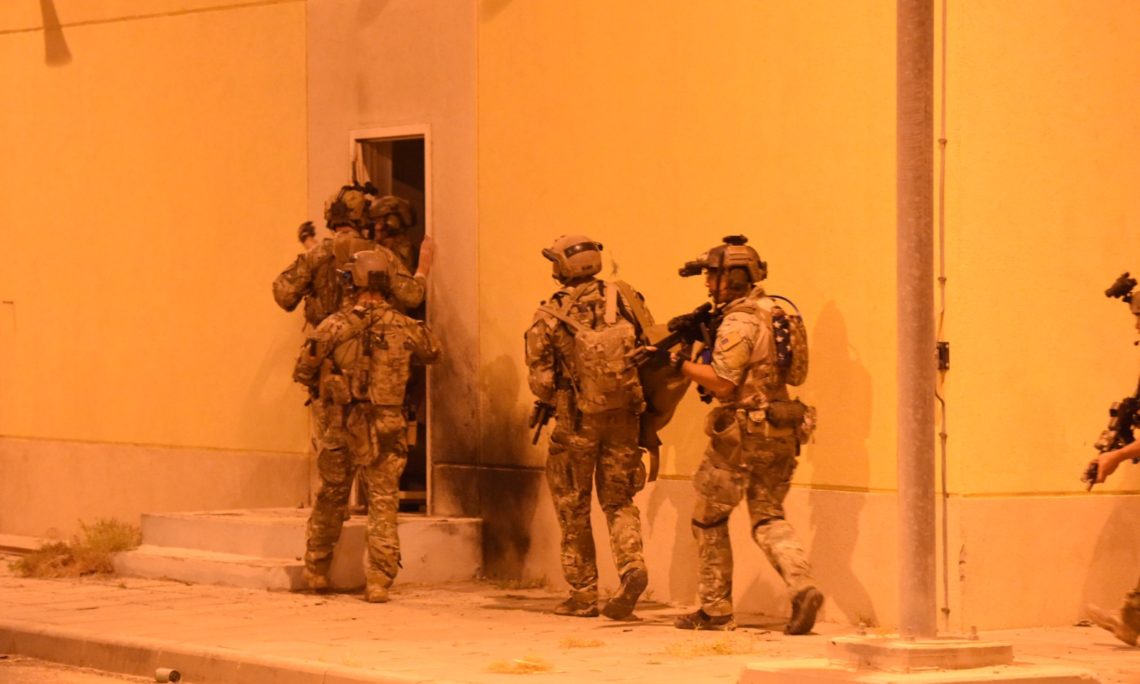 FOR IMMEDIATE RELEASE (With Photos)

e U.S. Central Command in coordination with the U.S. Embassy, and other U.S. Government entities, and the Government of Kuwait through the Ministry of Interior and Ministry of Defense.

The scenario focused on bilateral coordination and response to a transnational terrorism threat.  The exercise was a unique opportunity to allow participating forces to train together and pursue ways to better address common threats to regional security at the operational level.

IS 18 provided U.S. and Kuwaiti forces with a unique opportunity to train together to enhance cooperation and interoperability.  The exercise demonstrated the commitment of the U.S. and Kuwaiti governments to prevail against complex challenges and served as a way to validate crisis planning, and to strengthen staff proficiency and execution in critical mission areas.

The United States remains dedicated to fostering a strong working relationship with Kuwait, based on trust and shared interests.  As is the case in all such engagements, IS 18 helped better prepare our forces and demonstrated our commitment to increasing our joint understanding and operations.