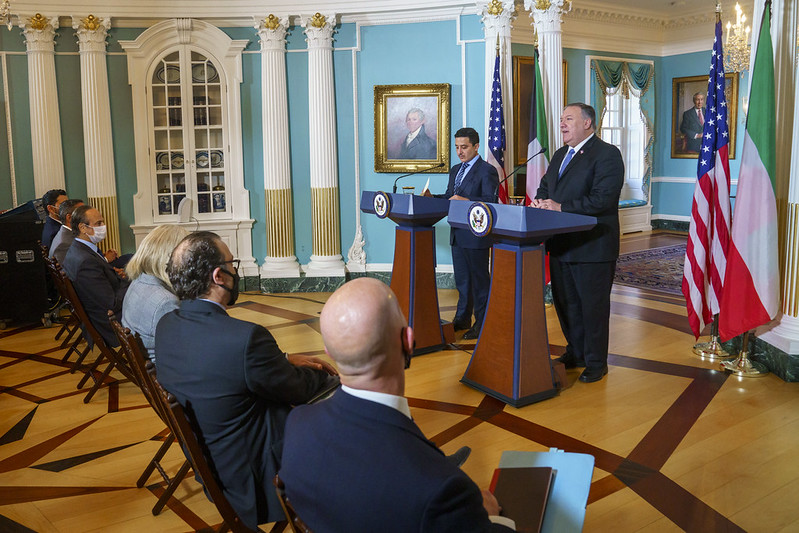 The following is attributable to Principal Deputy Spokesperson Cale Brown:

Secretary of State Michael R. Pompeo met today with Kuwaiti Foreign Minister His Excellency Sheikh Ahmad Nasser Al-Mohammad Al-Sabah after closing the U.S.-Kuwait Strategic Dialogue in Washington, D.C. Secretary Pompeo and Foreign Minister Ahmad reviewed the accomplishments of a virtual working group that convened over a two-week period, including our joint efforts on global development coordination and health care cooperation, and progress made on energy, trade, regional security, cultural exchanges, legal cooperation, and human rights. Secretary Pompeo reflected on the growth of our bilateral relationship since we launched Operation Desert Shield and Operation Desert Storm 30 years ago to stand against the occupation of Kuwait by Saddam Hussein. Secretary Pompeo and Foreign Minister Ahmad also discussed the need for unity among the Gulf Cooperation Council countries, efforts to counter Iran’s aggressive acts in the region, and the welfare of U.S. citizens detained in Kuwait.