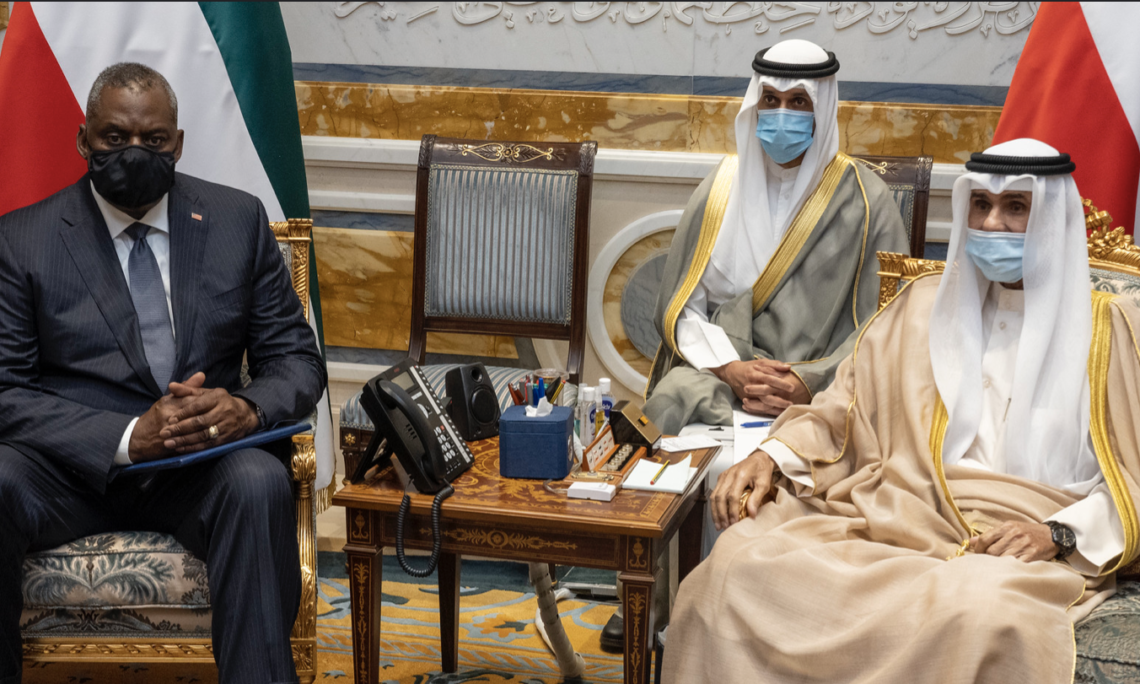 Secretary of Defense Lloyd J. Austin III met with HH the Amir of Kuwait Sheikh Nawaf Al-Ahmad Al-Jaber Al-Sabah on September 8 in Kuwait City. The Secretary thanked Kuwait’s leaders for their critical role in supporting the evacuation of U.S. citizens and at-risk Afghans from Afghanistan and reaffirmed his commitment to the enduring U.S.-Kuwait strategic relationship.

The leaders also exchanged views on regional challenges and recommendations for advancing regional security and stability. Secretary Austin thanked the Prime Minister and the Defense Minister for their leadership in encouraging dialogue and advancing processes that de-escalate tensions in the region.

The Secretary also had the opportunity to meet with U.S. service members to thank them for their efforts in support of Operation ALLIES REFUGE. His engagements included a meeting with members of the 24th Marine Expeditionary Unit and the Special Purpose Marine Air-Ground Task Force, Crisis Response, based in Kuwait. The Secretary expressed his solemn gratitude for their service and sacrifice during this historic evacuation operation.