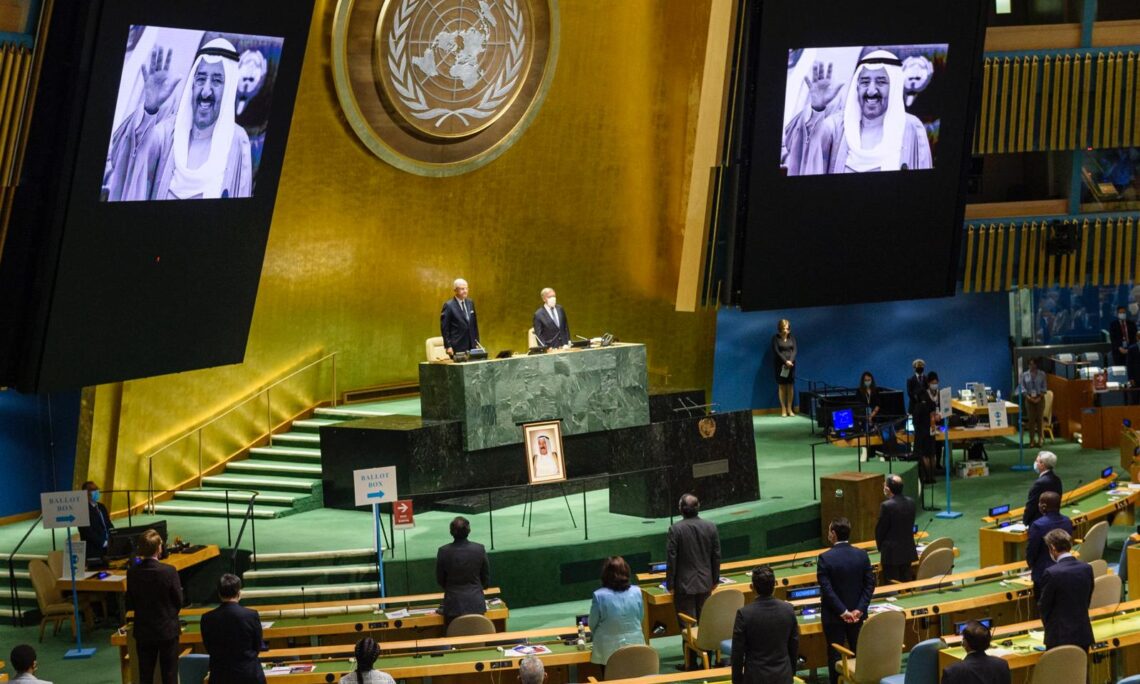 It is a solemn honor to join with so many others today in paying tribute to His Highness Sheikh Sabah. We extend our sincere condolences to his family and to the people of Kuwait. He will be missed not only by the people of his country, but also by his friends and admirers in the region, and throughout the world, including the United States.

As Secretary Pompeo said, the Amir’s “vision shaped Kuwait into the prosperous and modern state it is today, and his global leadership resulted in lasting and positive change in Kuwait and the entire Middle East region.”

It is a testament to the strength of his many deep friendships that Sheikh Sabah forged over the course of a life devoted to peaceful resolution of disputes that he was known among many of those friends as the “Dean of Arab Diplomacy.” His life’s work – first during his almost 40 years as Kuwait’s foreign minister, then prime minister, and finally as Amir – was dedicated to peaceful dialogue and unity.

Sheikh Sabah was instrumental in the creation of the Gulf Cooperation Council – truly one of his great legacies. We hope the GCC’s members, in honor of his life’s work, will re-commit to healing the rift that he sought to mend during his last years. Sheikh Sabah set Kuwait upon a prosperous path to sustained peace and safety in cooperation with the GCC, with whom he was a tireless mediator capable of bridging unsurmountable divides in pursuit of stability and security.

His Highness Sheikh Sabah was a revered leader and a friend to all nations. He led efforts to help rebuild relations with Iraq, demonstrating once again his dedication to peaceful dialogue and peaceful co-existence. His commitment was not only to words and concepts, but also in action. He generously supported – politically and economically – Kuwait’s friends and neighbors in times of need.

In recognition of his generosity, the United Nations named him a humanitarian leader in 2014. In 2018, he hosted a summit that led to $30 billion in pledges to help rebuild Iraq after the war against ISIS. Sheikh Sabah hosted similar donor conferences to raise funds for Syrians suffering as a result of their country’s civil war.

An extraordinary architect of Kuwait’s humanitarian contributions in the world, Sheikh Sabah personified the shared value that Kuwait and the United States place on helping the most vulnerable, and in doing so, promoting a safer and more secure world.

The United States so deeply valued the Amir’s strong partnership in promoting regional stability and security that President Trump awarded him the prestigious Legion of Merit, Degree Chief Commander as a token of our appreciation.

And so today, the United States mourns the loss of a dear friend, who distinguished himself by his exceptional leadership, humanitarianism, and efforts, to bring about a stable and more secure region. We mourn with the Kuwaiti people for the loss of such a wise and devoted leader. We honor his legacy and remain committed to our strong partnership and friendship with Kuwait.