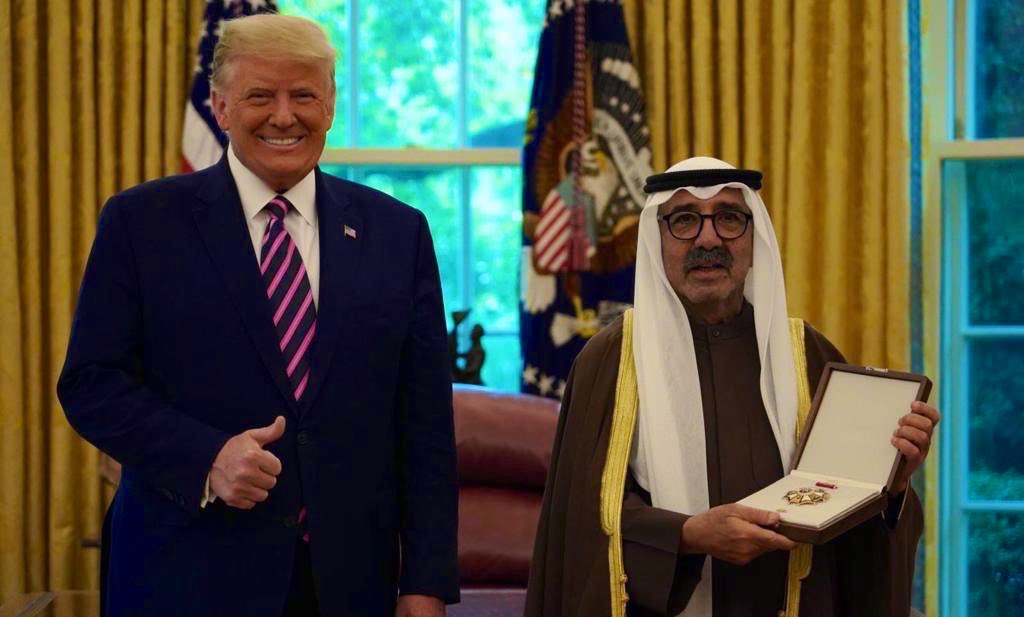 A leader in the Middle East for decades, the Amir has been a truly unwavering friend and partner to the United States.  He provided indispensable support to the United States throughout Operation Iraqi Freedom, Operation Enduring Freedom, and the Defeat-ISIS campaign.  The Amir is also an unparalleled diplomat, having served as his nation’s Foreign Minister for 40 years.  His tireless mediation of disputes in the Middle East has bridged divides under the most challenging circumstances.  The President is very pleased to award this honor to his dear friend, the Amir.

The Legion of Merit, Degree Chief Commander, is a rarely-awarded, prestigious decoration that can only be bestowed by the President, typically to chiefs of state or heads of government of other countries.  The honor was last awarded in 1991.

The Amir’s eldest son, His Excellency Sheikh Nasser Sabah Al-Ahmed Al-Sabah of the State of Kuwait, will accept the award on behalf of the Amir in a private ceremony.