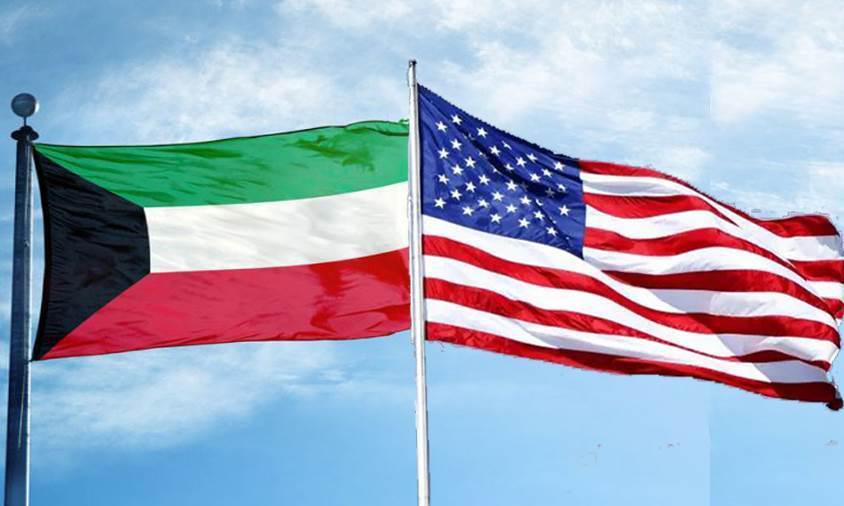 Secretary of State Antony J. Blinken and Foreign Minister and Minister of State for Cabinet Affairs Dr. Ahmed Nasser Al-Mohammed Al-Sabah concluded the fifth U.S.-Kuwait Strategic Dialogue on January 26, 2022, in Washington, D.C.  They reaffirmed a shared commitment to promoting the stability and security of the region and advancing mutual interests, including defense and cybersecurity cooperation, bilateral trade and investment, combatting health and climate change challenges, facilitating travel, supporting educational and cultural partnerships, and advancing human rights and women’s empowerment. The Secretary and Foreign Minister reflected on the enduring strength of six decades of strong, unwavering U.S.-Kuwaiti relations, having recognized the 30th anniversary of the liberation of Kuwait through Operation Desert Storm in 2021.

The United States and Kuwait discussed shared global and regional priorities, particularly given Kuwait’s presidency of the Council of the League of Arab States at the ministerial level, and development cooperation on global funding priorities through the Kuwait Fund for Arab Economic Development. To that end, both parties praised the advanced technical discussions between USAID and the Kuwait Fund on a proposal for collaboration to support economic recovery in Yemen.

Both countries underlined the importance of a stable Iraqi government free from malign foreign influence, voicing support for progress in resolving maritime boundary issues and lauding Kuwait’s generous support to connect Iraq to the Gulf Cooperation Council electrical grid. Both partners reiterated the need for full implementation of UN Security Council Resolution 2254 (2015) to end the Syrian conflict and bring lasting stability there. The United States and Kuwait, as key partners in the Global Coalition to Defeat ISIS, renewed their commitment to the enduring defeat of ISIS, and stand together against Iran’s destabilizing influence. The United States recognized Kuwait’s generous support in the relocation from Afghanistan of American citizens and others, and both governments reiterated the need to bring peace to Yemen and ensure the free flow of humanitarian aid to the Yemeni people.

Both countries expressed appreciation for the enduring bilateral defense partnership and Kuwait’s longstanding support in hosting U.S. forces. Both governments seek a secure and stable future for the region through the continued modernization of Kuwait’s armed forces and strong partnership with the United States. The two sides discussed threats in the region and ways to strengthen the defense partnership, including through continued cooperation on modernization, sustainability, training, exercises, and operations.

Both countries reaffirmed the importance of working together to counter terrorism financing.  The United States expressed appreciation for Kuwait’s continued commitment to strengthen its anti-money laundering and counterterrorism practices through increased information sharing, consultation with the U.S. Department of Justice (DOJ), and support for joint action against terrorist financiers through multilateral fora, including the Terrorist Financing Targeting Center. The United States and Kuwait also expressed their support for increased information sharing to improve passenger and cargo screening to counter global threats. After signing a Letter of Intent on cybersecurity cooperation in 2018 both sides affirmed they continue to work on enhancing Kuwait’s cyber defense capability, especially for financial institutions and critical infrastructure. Both nations look forward to working on a cybersecurity action plan with Kuwait’s National Cyber Security Center in Kuwait.

Both sides praised the DOJ-led exchange and capacity-building workshops to help Kuwaiti investigators and prosecutors prevent and prosecute criminal activity in cyberspace. Kuwait affirmed its intent to join international networks of experts to facilitate the preservation of electronic evidence relevant to investigating and prosecuting criminal activity. Kuwait has reaffirmed its commitment to consolidate and strengthen the International Institute of Justice program and its activities with a donation of 200,000 Euros for future liability and support for the institution itself, as a token of appreciation for both countries’ cooperation.

The two sides recognized that advancing human rights and fundamental freedoms of all persons strengthens the bilateral relationship and advances both nations’ national security. The two sides stressed the importance of protecting fundamental freedoms and expanding labor rights, and are looking forward to the continued efforts of the State of Kuwait in advancing women’s rights, as well as the opening of Kuwait’s domestic violence shelter (Fanar Center). Moreover, Kuwait welcomed the election of the United States to the UN Human Rights Council (HRC), and looks forward to the opportunity of working together in partnership with the United States, as Kuwait is currently a candidate of the HRC membership for the term 2024-2026.

Both nations lauded bilateral trade and investment ties, aiming to bolster mutual strategic investment in infrastructure, renewable energy, and technology. The United States commended Kuwait on its progress in protecting intellectual property. Each committed to work together on global health security and pandemic preparedness and response, and they signed an MOU on the prevention, detection, and reduction of biological threats. Kuwait and the United States committed to tackle climate change under the umbrella of the UN Framework Convention on Climate Change (UNFCC) and to cooperate on the enhanced implementation of the Paris Agreement to hold the global temperature rise to 1.5 degrees Celsius, including by both promoting accelerated action as called for in the Glasgow Climate Pact and through ambitious nationally determined contributions. The United States and Kuwait decided to strengthen cooperation on food security.

The United States and Kuwait reaffirmed their commitment to the security, safety, welfare, and just treatment under the law of our nationals in Kuwait, the United States and around the world. Each nation welcomed the progress of both countries in providing consular notification and access to detained citizens. Both noted cooperation to prevent and resolve international parental child abductions according to the laws and regulations of each country. The United States welcomed Kuwait’s decision to pursue accession to the Council of Europe Prisoner Transfer Convention.

Both countries highlighted the thousands of Kuwaitis currently studying in the United States and bilateral efforts to improve the quality of English teaching in Kuwait, expand college advising, and increase U.S. university outreach to Kuwaiti students. The United States and Kuwait also lauded the expansion of cultural visitors and programs, including a recent collaboration between the New York Arabic Orchestra and the Loyac Academy of Performing Arts.

The United States and Kuwait reiterated their commitment to further increasing cooperation in all areas of practical benefit to our governments and our peoples. Both countries look forward to marking further progress in these areas during the next round of the dialogue, to be hosted in Kuwait.