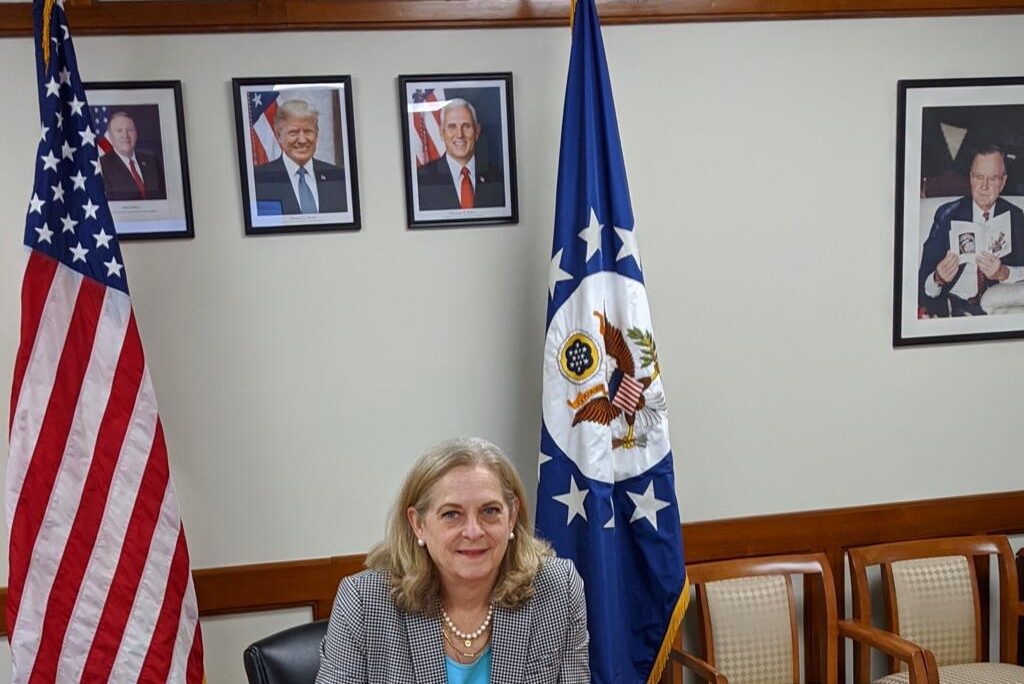 We know that when our sanctions advance a cause and other countries are also committed to the same, sanctions can be effective.  As Secretary Pompeo said on June 17,”we will undertake our campaign of economic and political pressure in full cooperation with other like-minded nations, especially our European partners, who only three weeks ago renewed their own sanctions against the Assad regime for precisely the same reason.”

Mandatory sanctions under the Caesar Act target those who are profiting from the Syrian conflict and facilitate the Assad regime’s acquisition of goods, services, or technologies that support the regime’s military activities as well as its aviation and oil and gas production industries.  The Caesar Act also mandates sanctions on those profiting off the Syrian conflict by engaging in reconstruction activities.  The Caesar Act does not impact or hinder the delivery of humanitarian assistance.

The United States remains committed to working with the UN and international partners to bring life-saving assistance to the Syrian people who suffer at the hands of the Assad regime.  Along with our European Union friends, who have also put in place very strong sanctions, we are also working with the Arab League, which has banned Syria from Arab League membership.  We are all working for a political solution to the conflict in Syria as called for in UNSCR 2254.

The Caesar Act authorizes severe economic sanctions to hold the Assad regime and its foreign enablers accountable for their brutal acts against the Syrian people and needlessly prolong the Syrian conflict.  Sanctions will continue, and may increase, until Assad and his regime stop their needless, brutal war and agree to a political solution as called for by UNSCR 2254.  This Act is meant to send a clear signal that no foreign business should enter into business with or otherwise enrich the Assad regime.

On June 17, the Treasury Department and State Department released 39 designations under the Caesar Act and Executive Order 13894 as the beginning of what will be a sustained campaign of economic and political pressure to deny the Assad regime revenue and support it uses to wage war and commit mass atrocities against the Syrian people.

We have provided the Kuwaiti government with information regarding the sanctions.  Kuwait is an important ally of the United States and we regularly share information.

These assertions are false. The Lebanese people recognized the longstanding real issues with their economy and government when they took to the streets in October 2019 to demand changes that can reinvigorate the Lebanese economy and tackle the country’s issues. The United States stands with the people of Lebanon and we want the country to thrive. We and others in the international community have urged political leaders in Lebanon to take action to implement reform and fight corruption.

Any thoughts on Kuwait’s phased plan to reopen its economy and resume life?

I appreciate the Kuwaiti government’s thoughtful approach to reopening the economy while protecting the safety and well-being of those who live in Kuwait.  A phased approach allows for flexibility and will help mitigate the spread of the virus. Here at the U.S. Embassy, we will continue to take precautions to preserve the health and well-being of our personnel and all those who will come to the Embassy for visas, passports, or other services when conditions permit.

The COVID-19 crisis has brought many countries together to collaborate on ways to address this common threat.  Regardless of the challenges that COVID – 19 poses, the United States Kuwait relationship continues to strengthen and can expand further in such areas health and crisis management.

Press Freedoms are essential both in the United States and in Kuwait, and these freedoms must be safeguarded.  This is one of several important topics I’ve been able to engage on virtually with Kuwaitis and the Kuwaiti government.

I appreciated the conversation I had with Minister of Information on June 16.  We talked about several topics, including Kuwait’s success improving Intellectual Property Rights.  We also talked about coordinating on various programs – including bringing together Kuwaiti youth entrepreneurs and U.S. experts for a discussion on June 23 on the use of virtual platforms in the fields of education and entrepreneurship.