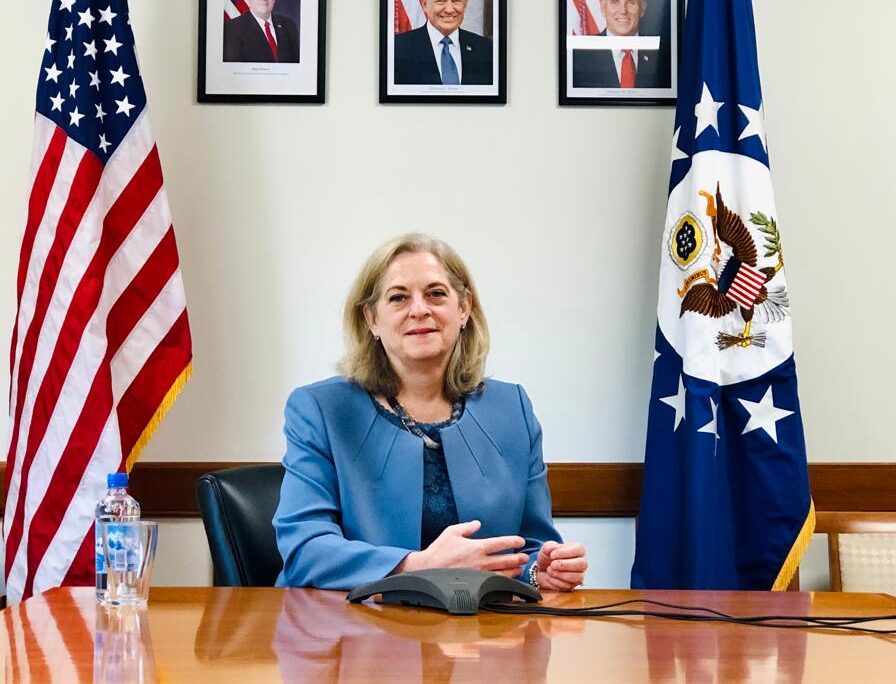 Since the beginning of the Gulf dispute over three years ago, Kuwait, under HH the Amir’s leadership, has demonstrated thoughtful and sustained leadership in working towards unity among GCC countries.  A lasting solution to the GCC dispute as well as a united GCC to meet the challenges the region faces are key to regional stability and security.  We continue to support Kuwait’s efforts to find a resolution and are hopeful that progress can be made soon in repairing this rift.  We will continue to encourage all sides to discuss seriously a way forward to resolve the dispute.

How do you evaluate the role played by Kuwait’s diplomacy to resolving disputes and pushing for peace?

Under the leadership of HH the Amir, Kuwait’s foreign policy has encouraged regional peace and cooperation and looked for ways to resolve conflicts in the region.  Kuwait has played an out-sized role by hosting international conferences such as donor conferences for Syria and Iraq, and in providing substantial and much needed humanitarian contributions.  In 2019, Kuwait renewed its invitation to host Yemen’s opposing factions for talks.

We very much appreciate Kuwait’s valuable contribution, and look forward to continuing our strong partnership in these areas.

Our sanctions under the Caesar Act and Executive Order 13894 are not intended to harm the Syrian people, but rather to promote accountability for the Assad regime’s violence and destruction that has killed hundreds of thousands of civilians; subjected thousands of Syrians to arbitrary detention, and devastated the country’s civilian infrastructure.  This Act is meant to send a clear signal that no foreign business should entire into business with or otherwise enrich such a regime.

Mandatory sanctions under the Caesar Act target foreign persons who facilitate the Assad regime’s acquisition of goods, services, or technologies that support the regime’s military activities as well as its aviation and oil and gas production industries. The Caesar Act also mandates sanctions on those profiting from the Syrian conflict.

The United States will continue this campaign in the coming weeks and months to target individuals and businesses that support the Assad regime and obstruct a peaceful, political resolution of the conflict as called for by UNSCR 2254.

As Secretary Pompeo said on June 17, “We anticipate many more sanctions and we will not stop until Assad and his regime stop their needless, brutal war against the Syrian people and the Syrian government agrees to a political solution to the conflict as called for by UNSCR 2254.  We will undertake our campaign of economic and political pressure in full cooperation with other like-minded nations, especially our European partners, who only three weeks ago renewed their own sanctions against the Assad regime for precisely the same reasons.”

The United States has provided exemptions for humanitarian aid to Syria and the implementation of the Act continues this practice.  The U.S. government works with NGOs to deliver medicines and foodstuff to nearly all regions of the country, including regime-held areas.  We are the single largest humanitarian donor for the Syrian people and have provided over $10.6 billion in humanitarian assistance.

The United States is committed to the advancement of religious freedom, a universal human right.  Kuwait has a long history of religious tolerance and acceptance.  I congratulate Kuwait on the 2019 registration of a previously unregistered religion – the Church of Jesus Christ of Latter-day Saints, and I express my support for the government to take the same step with other religious groups that wish to register.  During the virtual roundtable with members of Kuwait’s religious groups, we talked about the challenges of practicing one’s faith during COVID-19 and the difficulties that some religious groups face in Kuwait.  It was also impressive to hear that some of these religious groups were also able to help those in need during the pandemic.  I deepened my understanding of the issues during the conversation, and look forward to working with the Kuwaiti government and civil society on these and other issues.